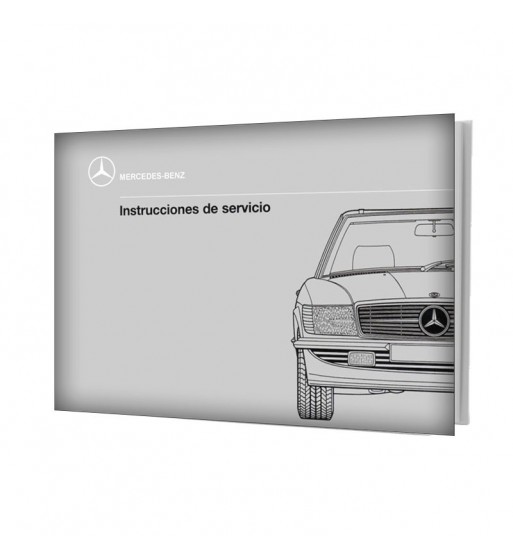 Digital version in Spanish language and PDF format that has identical content to the original with the advantage of access to immediate download. It provides information on the dashboard, starting and driving instructions, vehicle maintenance, practical tips, driving, practical advice, technical data, fuels, lubricants and alphabetical index.

The Mercedes Benz SL-Class R107 Series is the third generation of a luxury sports car with a roadster body, it was equipped with gasoline engines, rear wheel drive, a 4 and 5-speed manual gearbox and a 3 and 4-speed automatic. Its roof featured a removable rigid metal version and a folding canvas version.

Currently it is difficult to find the user manual edited on paper that was originally delivered to each owner, for this reason we offer a digital version, in PDF format, where we can find information on the frequency of maintenance in difficult service conditions or if the vehicle is subjected to increased stresses, such as in predominantly urban or short-distance traffic, frequent trips on mountain roads, on poor roads, in very dusty and muddy places, maintenance at shorter intervals, engine oil change, filter change, etc.

Models included in this user manual of the Mercedes Benz SL Series R107: