Is a light commercial vehicle was manufactured between 1995 and 2006. The denominations of the models of the first generation Sprinter are W901, W902, W903, W904 and W905, depending on the gross weight classification. Different versions were equipped with gasoline and diesel engines.

Actually, we have these manuals for the Mercedes Benz Sprinter, W901-905 Series: 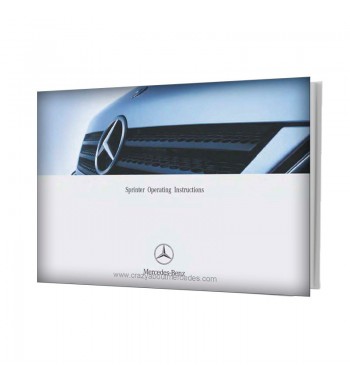 Digital version in English and PDF format, with identical content to the original and the advantage of accessing its immediate download. It includes a view of the vehicle, safety parameters, detail of the controls, mode of operation, practical advice, data and technical terms.