Is a sports car with roadster body that was manufactured between 2004 and 2011. This second generation of the SLK Class had the option of three gearboxes available: a six-speed manual gearbox and two automatic gearboxes, a five-speed automatic for the 1.8-liter engine or a seven-speed automatic for the other models . In the latest versions, the Linguatronic system was introduced for the first time in the SLK, a device that executes different commands by means of voice commands. Different versions were equipped with gasoline engines.

Actually, we have these manuals for the Mercedes Benz SLK-Class R171 Series: 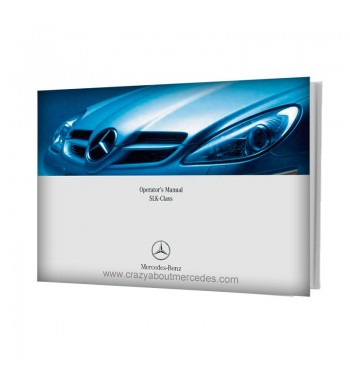 Digital version in English and PDF format, with identical content to the original and the advantage of accessing its immediate download. It includes an introduction and overview, detail of controls, operation and driving, safety and security, practical advice, technical terms and data and index.