The Mercedes Benz UNIMOG U411.

It is a multipurpose medium-duty truck with four-wheel drive that was manufactured between 1956 and 1974 to which was initially mounted a 30 Hp engine, then increased to 32 Hp and from 1966 until the end of production a 34 HP engine. Of the 39,000 manufactured, some presented retractable canvas cabin and other fixed metal cabin.

Actually, we have these manuals for the Mercedes Benz UNIMOG U411 Series: 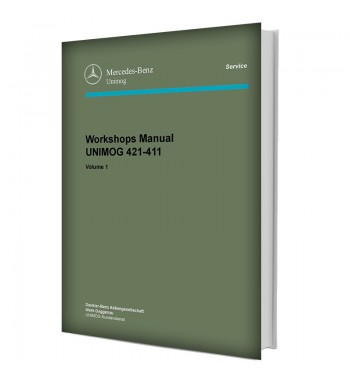 Service introduction manual for technical personnel in charge of repair and maintenance of Mercedes Benz UNIMOG U421 and U411 Series vehicles, in PDF format.